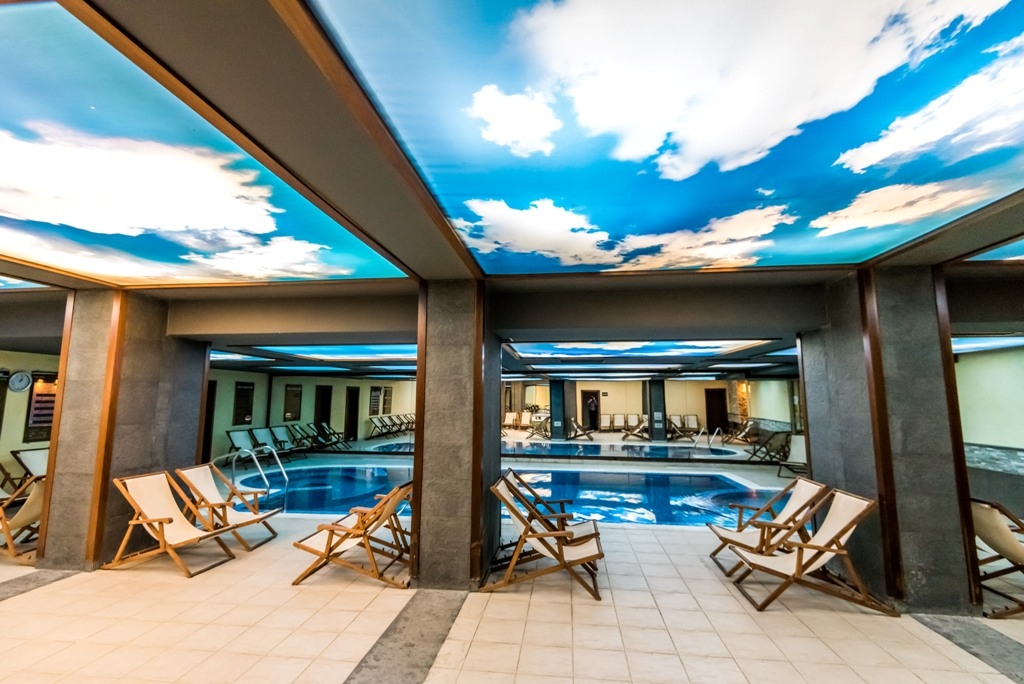 On January 1, in Bansko starts the Festival of puppets, which is a bright interesting spectacle. Throughout the city there are mummers in fursuits with bells and goat horns on their heads. The festival is dedicated to banishing evil spirits and unity with nature.

The festival of local traditions, where one can get acquainted with the local customs and Bulgarian culture to the fullest extent, opens in the second half of May.

Music lovers can visit Bansko in early August – every year at this time there is a jazz festival, which gathers performers, masters of the genre, from all over the world.

The City Day is celebrated here on October 5. The date coincides with the day when Bansko was liberated from the Ottoman yoke. Thematic exhibitions and events, devoted to the history and life of the city, begin in September and continue for a month. Tourists can take part in a game with valuable prizes called Treasure Hunters. It is a traditional and integral part of the holiday.

You can visit Pirin national park and caves. This protected area is included in the list of UNESCO protected monuments. The park is part of the Pirin Mountain and is located just in the area of its highest peak – Vikhren (2914 m). The Kazana and Bynderitsata Caves (the deepest on the territory of Bulgaria) are situated near the park.
To see the Church of the Holy Trinity (the church of Nevrokop diocese of the Bulgarian Orthodox Church). The building from 1835 attracts with luxurious decoration and grandeur. It is surrounded by a beautiful garden. The stone tower of the church is 30 meters high. The iconostasis is decorated with 8 large icons, painted by the famous Bulgarian painter from the middle of the XIX century – Dimitar Molirov.

To assess the beauty of the church of the Assumption of the Virgin Mary, which is located in the old cemetery. It is a construction of the XVIII century. It is valuable from an architectural point of view (Bulgarian Revival style). The carved wooden iconostasis that has been preserved since the opening of the church is a must-see.

Swim in the thermal springs. The nearest complex with mineral and thermal pools is Piri. One of them occupies 25 meters, the water in it reaches 29 degrees and the depth is no more than 2 meters. In the second pool – a really hot water from the thermal spring (40 degrees). It is smaller than the first one and is equipped with a children’s slide. Another fairly well-known thermal complex is located near the village of Banya, a few kilometers from Bansko.
To try the local cuisine. There are a huge number of restaurants, cafes and nightclubs in Bansko. Do not miss the opportunity to have a delicious meal “the Bulgarian way”. For this you can look at one of the nearby taverns. They are run by locals and cooked according to recipes handed down from generation to generation. Bulgarians are used to hearty and simple meals. It is based on poultry, lamb, cheese, baked vegetables. You will love the cheese puff pastry “Banitsa”, which is considered a national dish. Or “drob sarma” pilaf with lamb. Or chicken with herbs “pire with bilki”. The “sarmi” is also very tasty. – similar to usual stuffed cabbage rolls, only the meat is served in cabbage or grape leaves with yogurt gravy. The festive Bulgarian dish “kapama” looks and tastes even better – meat, vegetables, rice and spices are placed in layers in a clay pot and stewed for several hours.